PORTLAND, OR (September 1, 2018) – Exclusive Autosport returned to the flowing road course of Portland International Raceway this past weekend for Rounds 13 and 14 of the Indy Pro 2000 Championship Presented by Cooper Tires. The event enjoyed consistent weather throughout the weekend with cooler mornings and temps rising to the high 70s in the afternoon. Exclusive Autosport‘s drivers came into the weekend with confidence following last year’s podium results at PIR. The action kicked off on Friday with the one and only practice session, which would lead into the two qualifying sessions and two races. Race 1 featured an extremely chaotic start, although thankfully, both EA drivers found their way through to finish second and sixth. Danial Frost scored his sixth podium of the year, while Nikita Lastochkin made a last lap pass to secure his position. On Sunday, Frost and Lastochkin finished just outside the top-five but still maintained their positions in the championship standing.

“We were happy with the results in race one, however we were left wanting more in race two,” said Michael Duncalfe, Team Principal. “The drivers worked incredibly hard over the course of the weekend at Portland. We will be really going for it in Laguna to capture as many championship points as we can. I want to thank Mirl Swan, David Kanning and the Exclusive Autosport crew for their dedication and hard work. I can always count on Mirl and the guys to deliver well prepped cars.”

The event began early Friday morning with Practice 1 being run under cloudy skies. Frost immediately got to work running a pace with the top three drivers and then settled in with fifth by the finish. The field was very tight in terms of pace, and Frost ended with a qualifying position on the outside of Row 3, while Lastochkin would finish on the inside of Row 4.

Saturday’s Indy Pro 2000 action would kick-off with qualifying for Race 2. Both EA drivers got right to work, flirting with the top-five starting spots. By the end of the short 20-minute session, 17 year-old Frost would grab the fifth spot while 29-year-old Lastochkin was ninth.

The opening race of the weekend took place late in the day on Saturday and proved to be an extremely chaotic affair with drivers scattered in the Turn 1 chicane after the polesitter was spun from behind. Frost and Lastochkin would both just barely make it through, resulting in Danial moving to second and Nikita slotting into seventh. Frost remained in second all race as he worked to run down the leader, but he would eventually settle into second, his sixth podium of the year.

The second race of the doubleheader weekend took place right after the checkered flag flew for the NTT IndyCar series. Unlike Race 1, the second event had a much cleaner start as most of the cars made it through the chicane. Frost remained in his starting position and would ultimately finish sixth. Lastochkin finished ninth in the final tally.

In the Indy Pro 2000 Championship Presented by Cooper Tires standings, Frost held onto fourth and is now just six points out of third.

The next and final stop for the 2019 Road to Indy Presented by Cooper Tires will be the iconic west coast facility at WeatherTech Raceway Laguna Seca in Monterey, California. The weekend will kick off on Friday, September 20 with standard practice and Qualifying 1, followed by Qualifying 2 and Rounds 15 and 16 Saturday and Sunday (September 21-September 22). Be sure to follow all of the team’s social media platforms throughout the weekend.

Exclusive Autosport is pleased to be able to partner with great companies, such as AERO™ Advanced Paint Technology (www.rethinkpaint.com), which is used on all their race cars.

Driver Quote: “This weekend has been a mix of emotions, I’m super proud of securing second place in the first race after the chaotic start. We were still struggling on consistent pace during both races, which we needed to finish higher up. Nevertheless, we still gained good points and we’re only six points behind third place. We now move on to Laguna for the last race of the season and we’re aiming high for results. On the other hand, we’re also very sad after the loss we had in F2. My condolences go out to Anthoine’s family.”

About Exclusive Autosport:
Exclusive Autosport (EA) is a professional racing team dedicated to the success of its drivers in open wheel formula car competition in North America. EA operate teams in both the Ontario and Quebec Formula 1600 series in Canada (F1600 Canada/Toyo Tires F1600 Championship), as well as the Cooper Tires USF2000 Championship and Indy Pro 2000 Championship Presented by Cooper Tires, as a part of the Road To Indy. Exclusive Autosport’s drivers have secured numerous championships, race wins, podium finishes and pole positions, as well as Rookie of the Year awards. Exclusive Management Inc., the team’s parent company, has enjoyed great success in both open wheel and sports car racing and has worked with standout drivers. Their mission is to develop drivers and prepare them for upper echelons of professional motorsports. 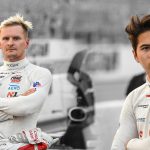